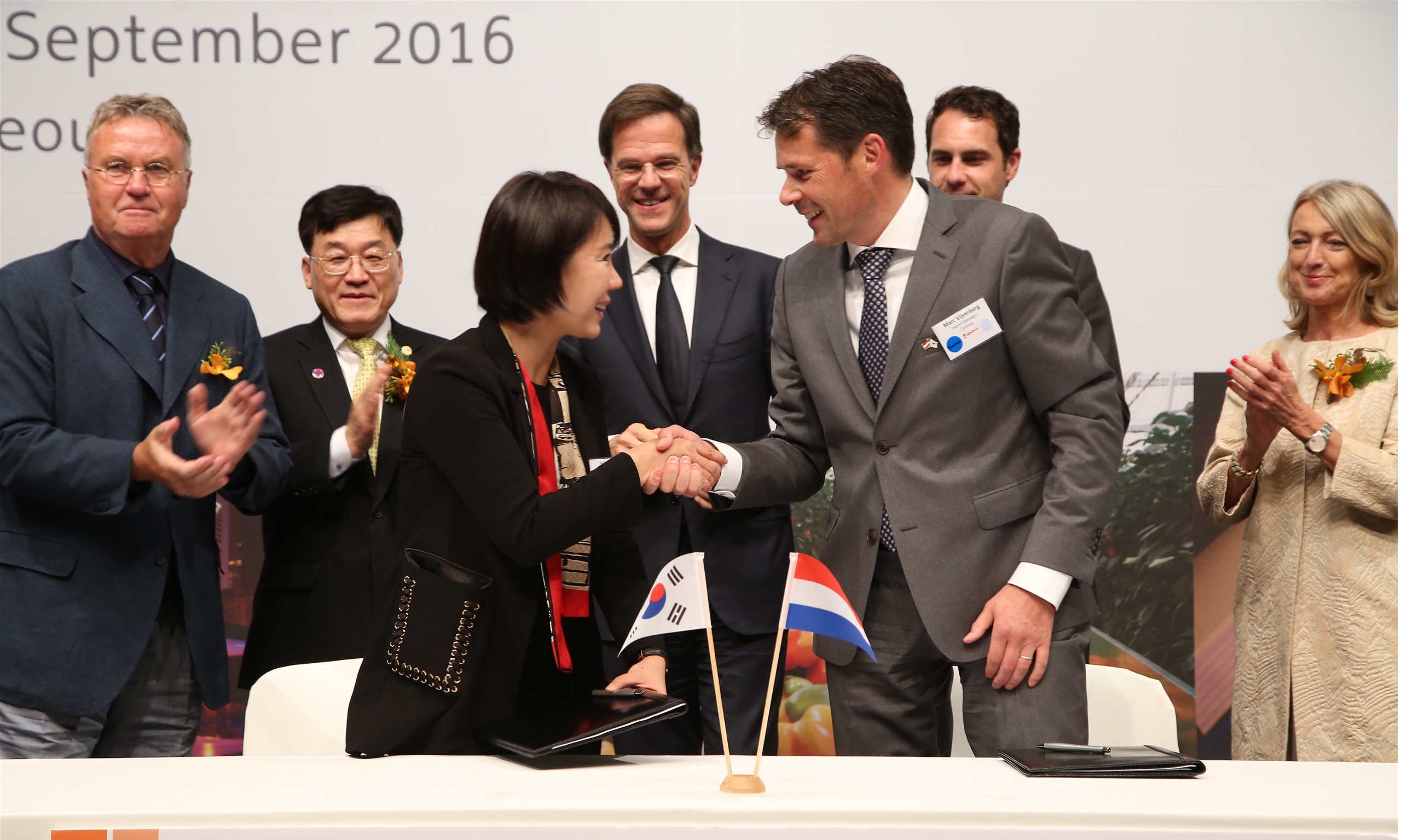 In the presence of Dutch Prime Minister Mark Rutte and Minister for Agriculture Martijn van Dam, a Korean lettuce producer and Certhon signed an agreement. This agreement was signed September 27th at the Netherlands-Korea Trade Dinner in Seoul during an economic mission in South Korea to confirm the collaboration between the companies.

The Korean lettuce producer and Certhon, leading expert in designing and implementing complete greenhouse projects, signed an agreement to develop and realize a high-tech automated hydroponic greenhouse facility of 1,4 ha. Moreover, there is a desire for the construction of a demonstration greenhouse of approx. 3000 m2 for hydroponic lettuce production, located in Gyeonggi-do (South Korea). Certhon will take the lead in the outline, design and realization of the project.

The companies signed the agreement during an economic mission in South Korea, led by prime minister Mark Rutte, accompanied by sixty Dutch companies of the top sectors Agri Food, Horticulture and Creative Industries to further strengthening the already close bonds between the Netherlands and South Korea.

Want to know more about our projects?

Check them out here