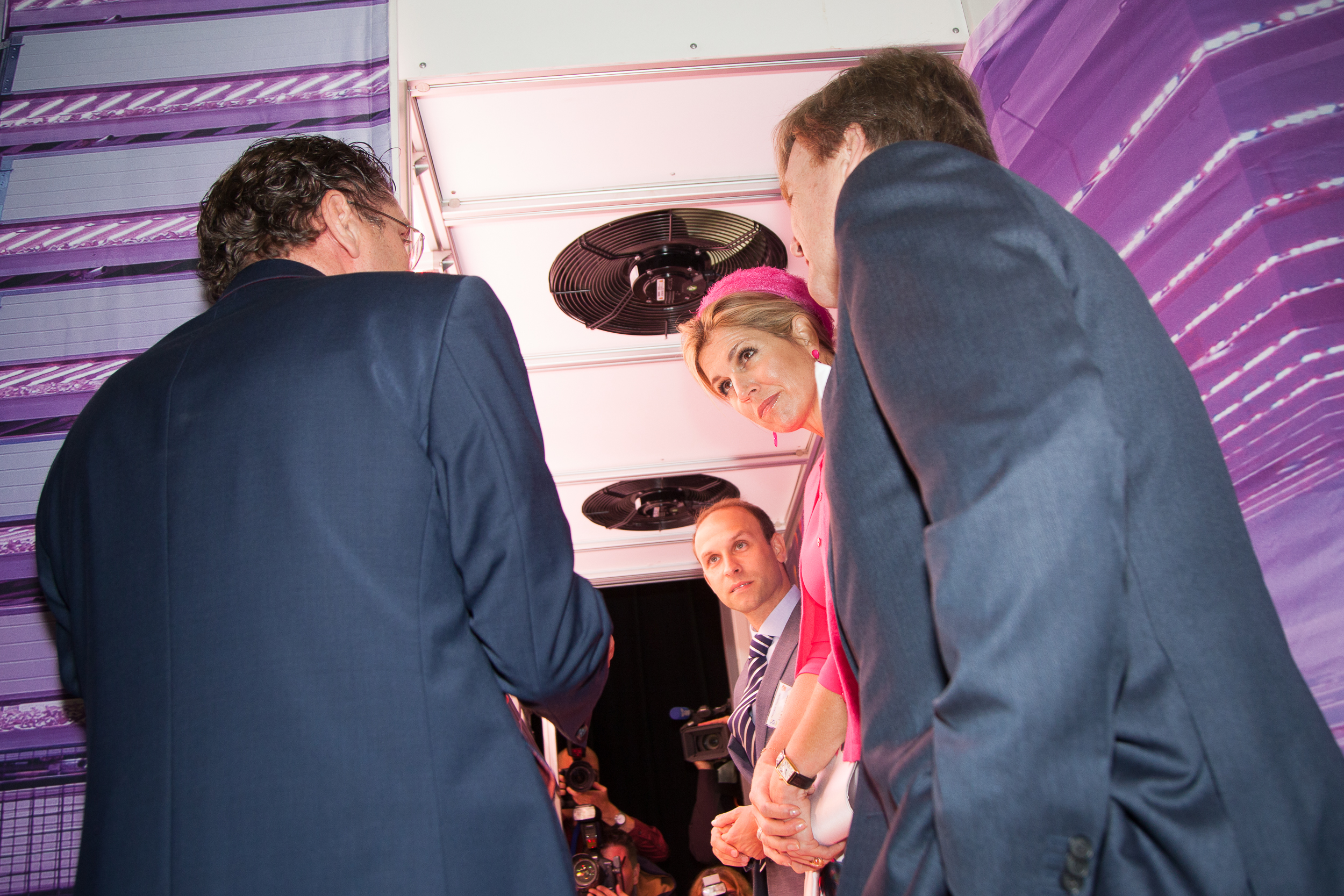 On the 29th of June 2017, His Majesty the King Willem-Alexander and Her Majesty the Queen Máxima, during a regional visit to north-east Flevoland, attended the warehouse of Staay Food Group in Dronten.

The Royal Couple visited this company, leading in fresh fruit and vegetables, related to the first to be built Vertical Farm In Europe. This facility, with a surface of 1000m2, will provide a total of more than 3000m2 of growing surface for the supply of lettuce to one of the largest retailers in Europe. Besides cultivating and processing lettuce, the facility will also be used for testing and optimizing food quality, in order to be ready for the future and proceed with vertical lettuce cultivation on large scale.

To realize this project, a consortium has been created. This consortium consists of Philips Lighting, Rijk Zwaan, Certhon, and various knowledge centers and universities. These partners in knowledge were all present during the visit of the Royal Couple, to demonstrate their specialism in the consortium. Certhon, main contractor and technical designer of the project, were given the opportunity to illustrate their role in presence of the Royal Couple. John van der Sande (Head of R&D) and Damion Schwarzkachel (Consulting Engineer) spoke with the King and Queen during the demonstration of a Mobile Growth Chamber, designed and built by Certhon. According to John, the Royal Couple was well prepared to the visit, and showed great interest in the technology. Máxima in particular was curious about irrigation methods in vertical farming. The queen was very impressed after John and Damion explained that during the cultivation, not a single drop of water is wasted.

This special occasion will be followed-up by an additional important moment; the beginning of the building process, which will take place in August. 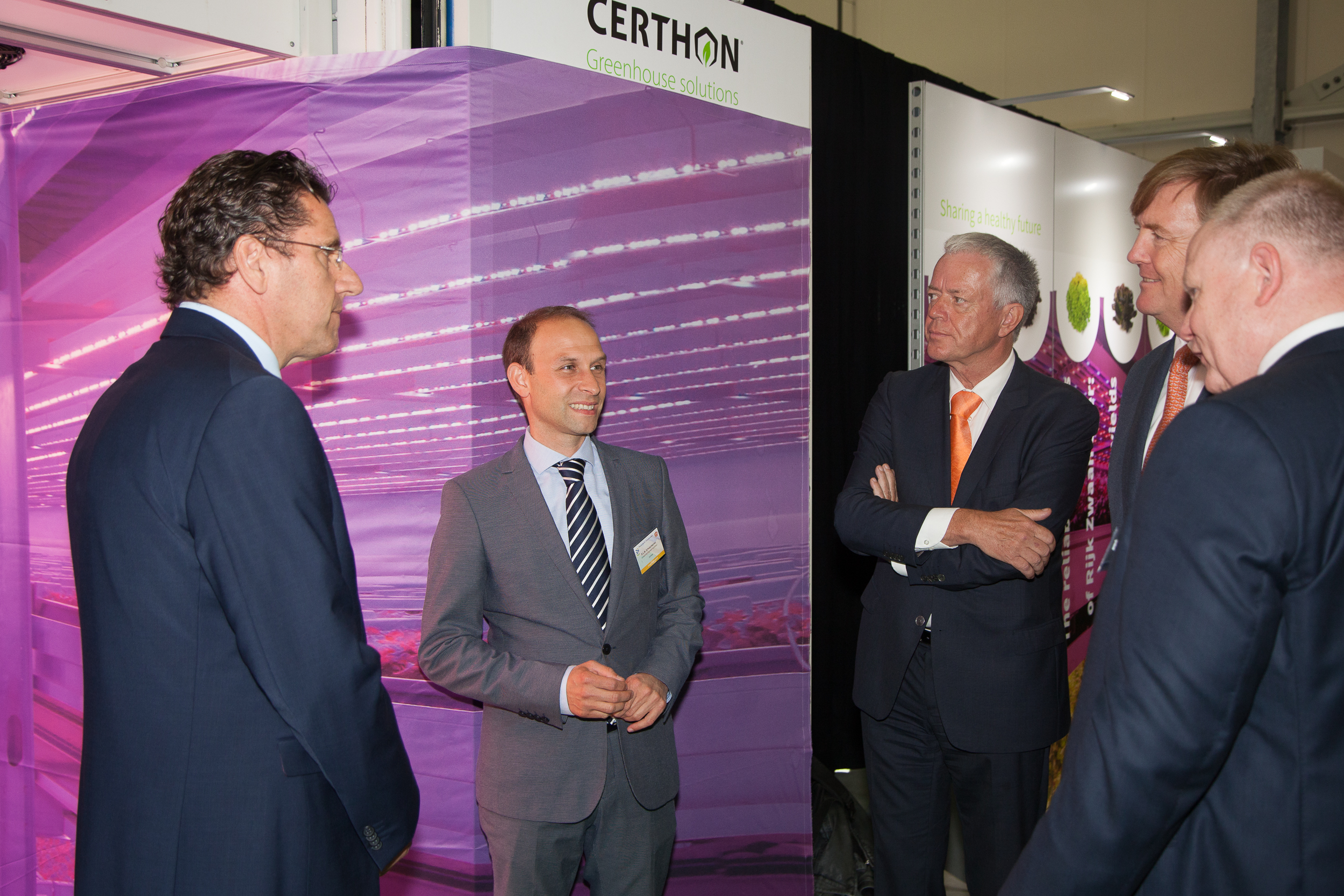