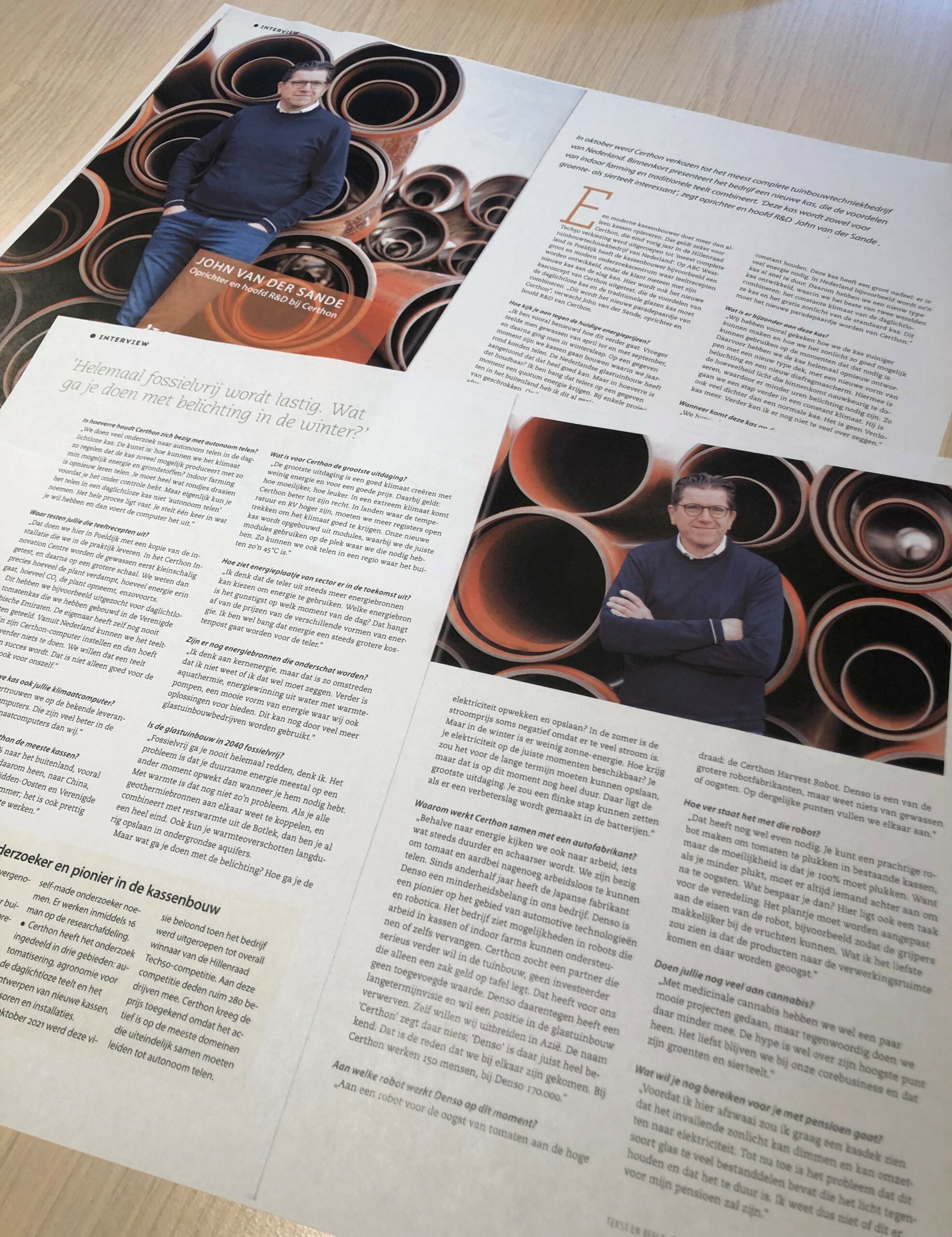 Poeldijk – On Wednesday, February 2, the Chief Innovation Officer of Certhon, John van der Sande, was interviewed by Joef Sleegers of “Vakblad voor de Bloemisterij” about a new type of greenhouse. Thereafter, Van der Sande received a detailed interview over four pages in edition 4, of 18 February 2022 in the magazine. The new greenhouse that was discussed frequently combines the best of two worlds; the constant climate of a greenhouse without daylight and the free sunlight as it enters a standard greenhouse.

Other aspects discussed were of course the Certhon Innovation Centre, where crop recipes are tested, climate computers and the energy transition. Van der Sande also spoke about autonomous cultivation. Curious about the complete interview? Read it in edition 4 of ‘Vakblad voor de Bloemisterij’.