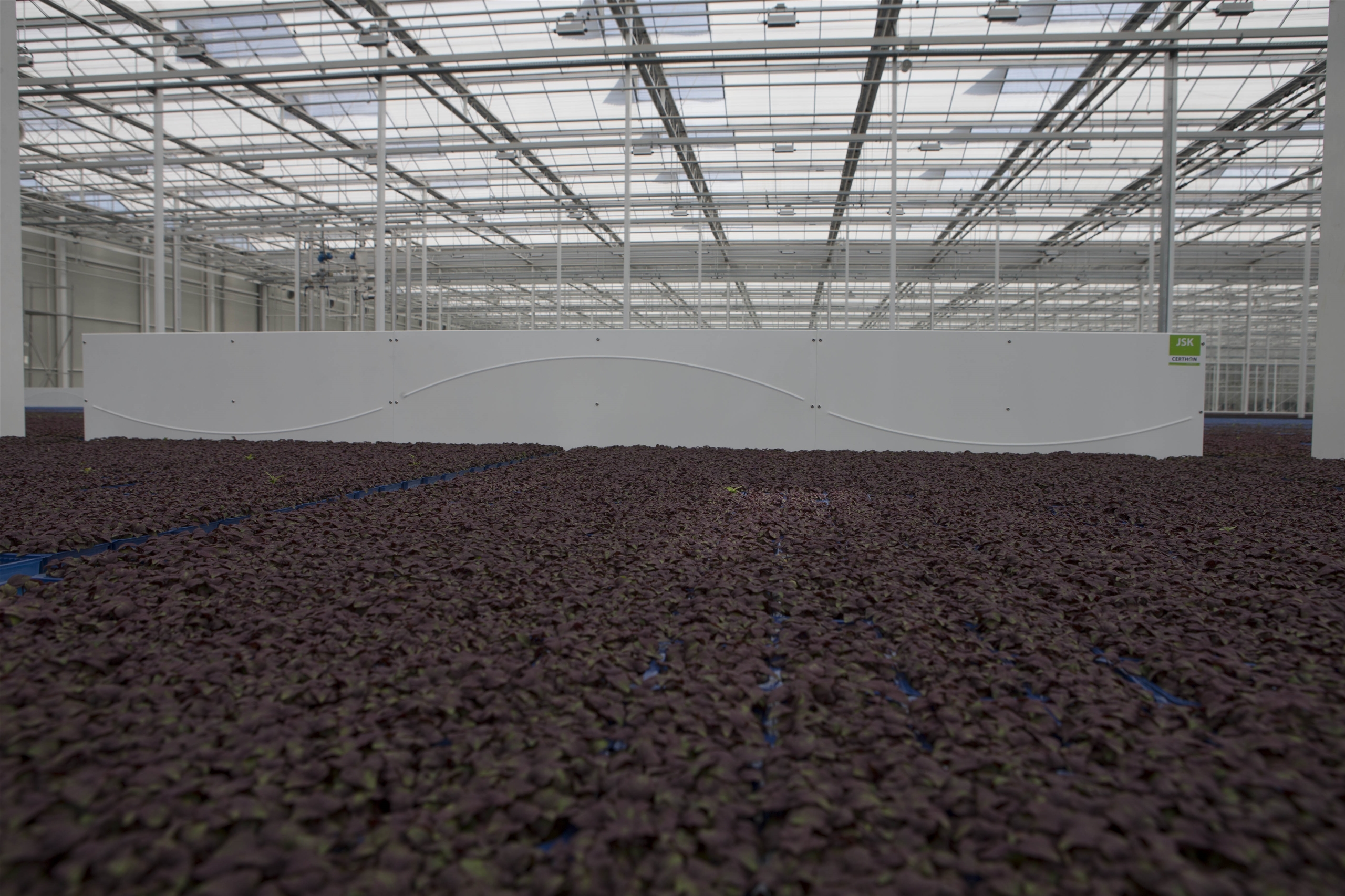 In Cathedral City, a district located next to Palm Springs in the Palm Desert, a 3.5 hectare project is being built for medicinal cultivation. In addition to the design and construction of the complete greenhouse construction including the screen, Sunniva also opts for the JSK cooling system, an in-house developed innovation from Certhon. Unique to the cooling system is the smart air circulation, in which the right amount of cooled air is continuously blown through the crops.

Sunniva, originally a Canadian company, has greenhouses in both Canada and California. This new project consists of a closed greenhouse of 2.8 hectares and a processing area of 7.000 meters, which is fully used for the production of medicinal cultivation. Because of the closed greenhouse, there is no supply of outside air, so no insects, residues and/or use of pesticides, with a clean cultivation as a result. In addition, there is no air emission, as a result of which the environment where the greenhouse is located is not affected.

The JSK cooling system makes this closed cultivation possible. The JSK absorbs warm air from above the crops. After it has been cooled by the battery, the cooled air is blown out under the crops. Thanks to the well-balanced method of blowing out, the cooled air is evenly distributed: The air flowing around the crop is uniform, with an uniform distribution of the climate in the greenhouse as a result. This, combined with the control of the relative humidity and temperature, means that there is complete control of the climate in the greenhouse.

The greenhouse consists of eight departments, with a new department being harvested every eight weeks. Thanks to this arrangement of the greenhouse, the run-up of the crops is optimal. With the addition of the JSK cooling systems, Sunniva can run more controlled, higher quality, faster and more production. This is also why Duncan Gordon, Operating Officer of Sunniva, calls the greenhouse ’a state-of-the-art Dutch greenhouse’ and ’the Rolls-Royce of all greenhouses’. The project is expected to be completed by the end of 2018.

Want to know more about our JSK solution?